Background to the Grootvadersbosch Conservancy 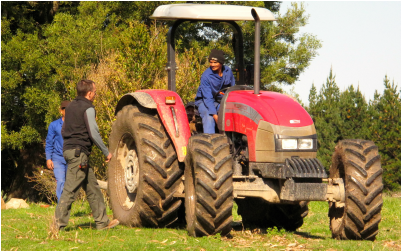 The Grootvadersbosch Conservancy mountain bike trail network traverses the the Conservancy. Click here for more information on the trails.

The Grootvadersbosch Conservancy includes three main vegetation types, namely: fynbos, afromontane forest and lowland vegetation (including Renosterveld and Silcrete Fynbos). Of these areas, the Renosterveld is the most critically endangered. The lowland vegetation is mainly threatened by the expansion of agricultural activities, over-grazing of veld and incorrect fire regimes.

The Grootvadersbosch area has large areas of Southern Cape Afromontane forest, estimated at roughly 760 ha (Olivier, 2011). The forests are confined to fire and wind sheltered sites with year-round moisture (Grootvadersbosch Conservancy management plan). The forests are home to many species, including a variety of bird species. The Grootvadersbosch Conservancy is classified by Birdlife Africa as an Important Bird Area. The forest patches in the conservancy are home to several endemic birds, including Forest Buzzard (Buteo trizonatus), Knysna Woodpecker (Campethera notate), Knysna Warbler (Bradypterus sylvaticus) and Forest Canary (Crithagrascotop)s. Other forest species, some of which are at the western limit of their distribution, include Olive Bush-Shrike (Chlorophoneus olivaceus), Narina Trogon (Apaloderma narina) and African Crowned Eagle (Stephanoaetus coronatus) (Birdlife Africa, 2011). The forest is also home to an endemic butterfly, (charaxes xiphares xiphares subsp, occidentalis) which has been declared a protected wild animal. In addition, the Cape ghost frog (Heleophyme purcelli orientalis) is endemic to the conservancy forests (Michell, 1995). 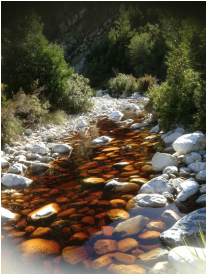 The Duiwenhoeks Catchment is classified as a National Fresh Water Ecosystem Priority Areas and should be considered a priority area for protection of the provisioning ecosystem services of the river. River FEPAs are often tributaries that support hard-working mainstem rivers, and are an essential part of an equitable and sustainable water resource strategy (Nel et al, 2011). The wetlands clusters in the Conservancy are considered to be FEPA priority wetlands in terms of biodiversity importance. Furthermore, the status of wetlands is in the area is considered to be critically endangered or endangered.

Past Projects of the Grootvadersbosch Conservancy