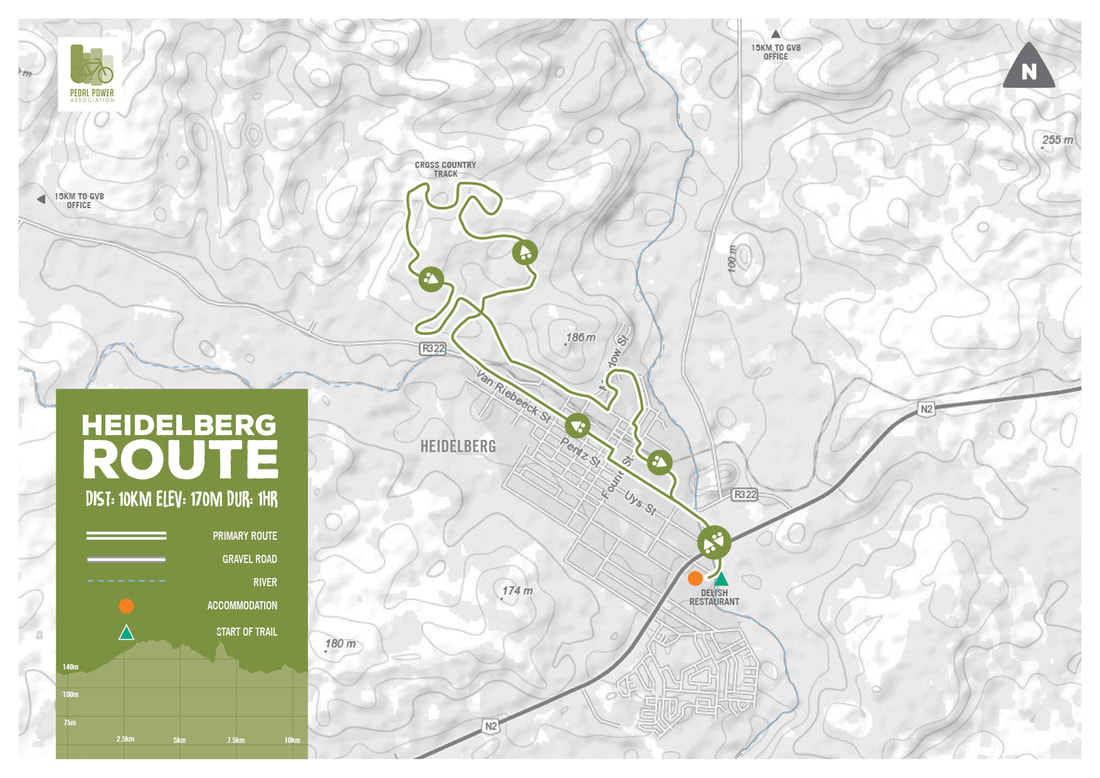 Renosterveld is part of the Cape Floristic Region and is dominated by grasses and shrubs from the daisy family. Renosterveld is the richest bulb habitat on earth and is renowned for its spring flower displays. Because it is found on fertile soils, it has been widely converted to croplands. Less than 5% now remain.

For more information on Renosterveld and how to assist with its protection and management, contact the amazing team at Overberg Renosterveld Trust.

We gratefully acknowledge the support from Dr Odette Curtis and her team at Overberg Renosterveld Trust for providing the information and images below.

​Protea decurrens: An endangered ground Protea. It is pollinated by rodents, which are attracted to the yeast-like scent of the flowers.
Erica filamentosa: A rare and endangered Erica found on a handful of sites in the Swellendam Silcrete Fynbos vegetation.
Podalyria myrtillifolia: A woody shrub with flat silvery leaves and large pale pink pea flowers. Its sweet, scented flowers attract carpenter bees which pollinate it.
Watsonia lacata: A small Watsonia with 4-5 sword-shaped leaves. Flowers can be pink, purple or even pale orange. This can be seen flowering en masse during spring on the Suurbraak commonage, particularly in recently burnt areas.
Hermannia flammea: A small shrub, with tiny red, twisted flowers. It flowers in spring, does not resprout after fire, and is highly palatable to livestock.
Pelargonium myrrhifolium: A sprawling small shrub which. Flowers can be white to light purple, marked with red-purple lines. Flower in spring and summer and abundant after a fire.
Microloma sagittatum: A non-parasitic climber, which uses other plants as support. The dark pink flowers produce packets of pollen which latch onto sunbird tongues for pollination. 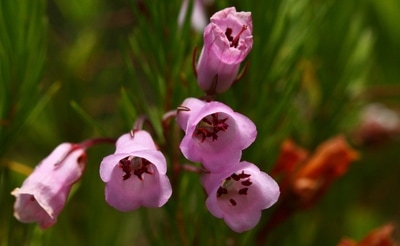 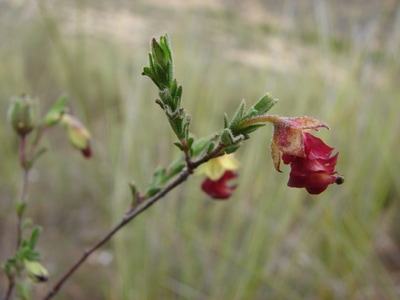 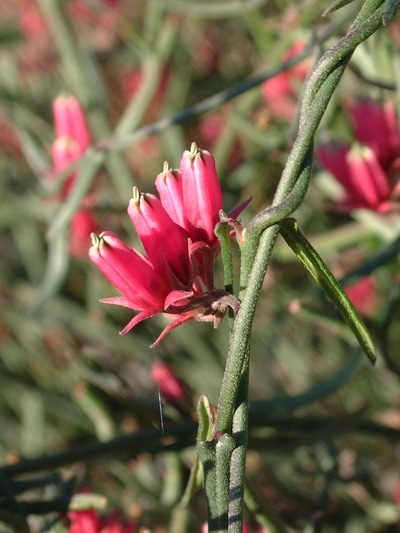 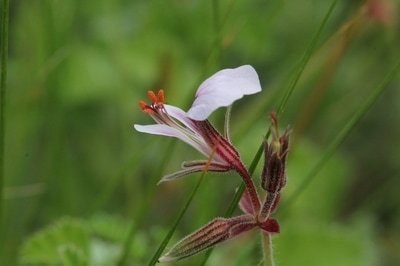 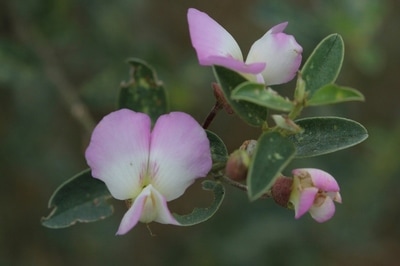 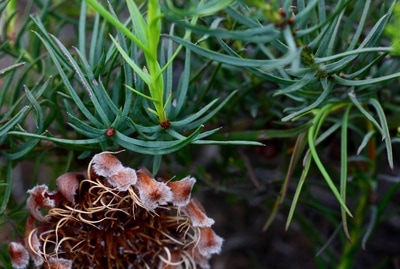 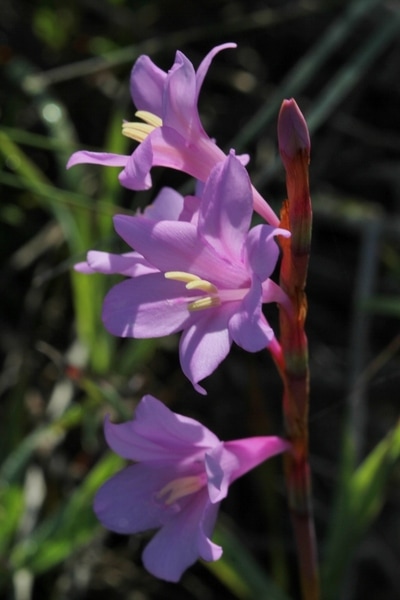