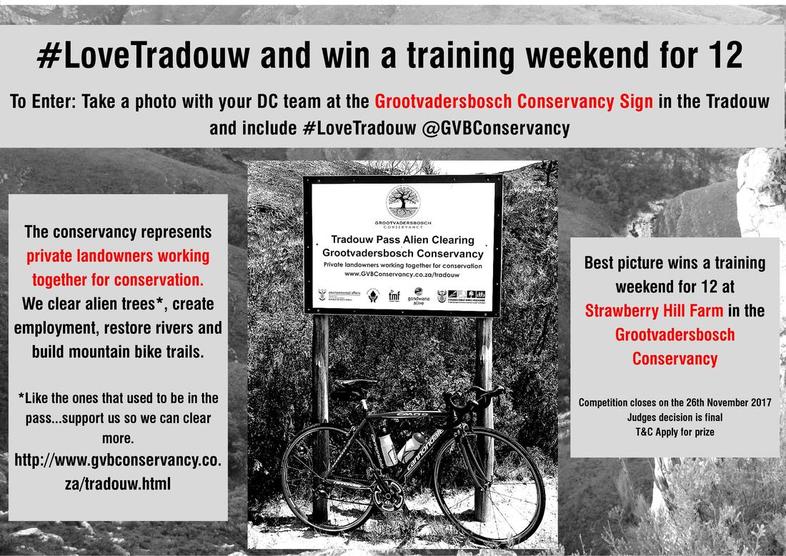 The Tradouw Pass is one of the most scenic in the Western Cape and we are very proud that it is part of the conservancy. The pass falls almost entirely on private land and runs through the heart of the Grootvadersbosch Conservancy. Our conservancy members care deeply for the protection of the pass' rich cultural and environmental heritage. In partnership with our funders, we are actively involved in clearing alien vegetation in the pass. The cost of keeping the pass clear of alien vegetation is something that no agencies can tackle alone. We need everyone's help to raise the funds required.

Landowners and the Department of Environment are putting their resources together to tackle the problem but we are asking the public to support this initiative. Please show your support by contributing towards our alien clearing project.  ​Your financial contribution will go directly towards our objective of making the Tradouw pass a natural and culture icon for the Western Cape.

To make a contribution you can support the conservancy (non-profit trust) here: 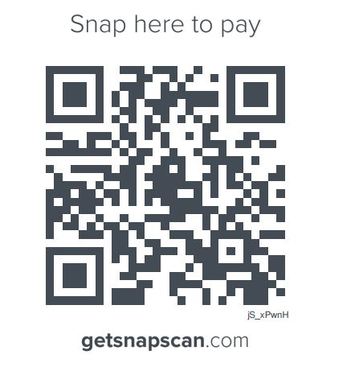 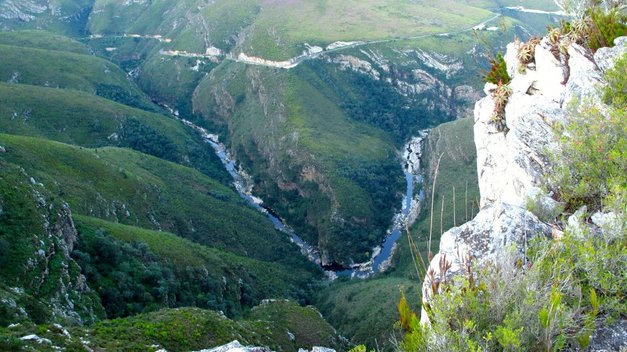 History of the Tradouw Pass

Reference:  “A guide for visitors to the tradouw pass” by Leslie Howard

Early History
Activities around the pass go back to the Stone Age and early artifacts trace to the first evidence of human habitation. The early inhabitants of the area were the Attaqua Khoikhoi. The Tradouw River, over many centuries carved a deep ravine through the Langeberg and could only be traversed, with difficulty, by foot through the steep gorges. The name Tradouw comes from the Khoikhoi words “tarras” (meaning path) and “doas” (meaning “woman”) thus the pass means “footpath of the woman.” The more fleet-footed men were the hunters and they would conquer the mountain over the top of the Langeberg. While, the woman would pass through the mountains via the secluded gorges and enjoy the ritual cleaning of the river, often as part of a female ceremony which celebrated girls into adulthood, after the onset of menstruation.

In 1858, Karoo farmers requested a safer trade route to Malgas on the Breede River and Port Beaufort beyond. The Barry family had been running commercial ventures in the area, they had a shipping route from Malgas on the Breede river to Port Beaufort. Montague farmers needed a safer route to get supplies to Cape Town. These farmers then petition parliament to build the pass which would carry ox wagons safely to Malgas. After nine years, parliament finally agreed to construct the pass.

​Thomas Bain (who built 20 major passes in the Cape) was called in to begin the process. In 1869, Thomas Bain and his work force of 300 prisoners began construction. Two convict station were built in the pass to house the workforce: one at Gatsplaats on the south side and one at the north side at current Stonehaven.

The pass presented many logistical challenges and was finally completed, four years later, in 1873. The pass was originally called Southey’s Pass in honour of the former colonial secretary.

In 1979, the pass was rebuilt to make it more accessible for vehicle passage during the Border wars. During this process, Peter Blignaut, the current owner of Stonehaven was instrumental in making sure that the rebuilding did not damage the unique fauna and flora of the pass. One will notice that half way through, the pass takes a broad sweep, engineered to preserve the trees, fynbos and mountain springs that perpetually run in summer and winter. These springs provide vital water supplies to the Buffeljags and Breede Rivers.

A journey up the pass

Reference: “A guide for visitors to the tradouw pass” by Leslie Howard

Lismore: Just before the start of the pass is Lismore farm where Bain and his family first lived during the early days of construction. The Barry family continues to farm jersey cattle on this farm.

Posstal: On the left side of road just as one turns up the pass, on the current farm Hoekraal, is a small group of farm buildings that used to include a stable. This was where the driver of the post cart would change horses before the long pull over the pass to Barrydale.

​Buffeljags River: As you pass the Buffeljags River you will notice that it is cleared and maintained by the Grootvdaersbosch Conservancy with financial contributions from Department of Environment and landowners.

Southey’s Arms: Further up the pass on the left is the entrance to Southey Arms. This was the house that Bain built for himself after their initial stay in Lismore. They called it Tradouw House.

Historic picnic Site: Further up on the left are oak trees and picnic tables near the Gats River. This is the historic site where that farm folk picnicked and danced on New Years day up until the early 1900s.

Bridge Site: The pass crosses the Gats River at Andries Uys Bridge. The original stone bridge called Lettys Bridge washed away in 1875 and was replaced with a teak bridge. This fell to ruin and was later replaced by the current concrete bridge. The old bridge was declared a national monument.

Drupkelder: 1.6km up is a shallow cave to the right which is called the Drupkelder because in rainy weather a water fall plunged from the rock ledge above. In the past, the area was also used as a site for merrymaking on New Year’s Eve.

Suurplaat: 1 km further up is a small plateau that is named suurplaat because of the acidic soil. This is also the highest point on the pass (315m). It was also one of the favored overnight stops for ox wagons.

​Retaining walls: 1.7 km further one can see a small stream that runs down the mountain. When the road was renovated in 1970s, a retaining wall was built to cut out one of the dangerous curves. One can also view the old Bain dry wall.

Piekniekbos: Further up are two picnic spots with strong mountain streams flowing from the left and right. The second picnic spot abounds with many beautiful trees including Cape Beach, Wild fuchsia and Keurboom. In 2010, leopards were spotted at this location.

Old road Walls: If one looks beyond the private entrance to the river (owned by Stonehaven), one can see the old road and protective walls of the original road

​Tradouw Redfin: At this point one can get a glimpse of some deep pools that are home to the Tradouw redfin. This endemic fish is confined to small populations in the Tradouw and nearby Moeras Rivers. A critically endangered freshwater fish, threatened by water pollution and invasion by small-mouthed bass. The conservancy is working hard to protect the habitat of this endangered fish.

Stonehaven: The next point of interest is the nature reserve of Stonehaven, built in 1928. The house was built by Makloo. The land is private and not accessible to the public. The small building to the front of the house is part of the North Station which housed the labour force that constructed the pass. It later became the old toll house for the pass.

Stone Fort: Now you are at the top of the pass and the road curves to the right. This was the site of several stone forts manned by the Barrydale British Town Guard during the Anglo-Boer War. The strategic site provided a clear view down the pass. The ruins are not visible from the road.

​Path to the old mill: Just before the entrance to Bronze Grove on the right is path that runs along the foot of the mountains and was used by carts collecting flour form the mill for bread from the workforce.